Kamitowa is a place to share the culture, history and appreciation of traditional Japanese paper with Japanese people and children, and people from abroad.

Washi (traditional Japanese paper) has a history of about 1400 years. As a winter side job for farmers, they produced raw materials of Japanese paper including Kozo (mulberry tree), Mitsumata, Gampi or others grown in gardens, forests and mountainsides and then produced paper inside the home. This way of making paper from raw materials was common until 100 years ago. At this time, foreign paper, which had the ability to be mass manufactured, became more common for its quick production and lower costs. While the number of houses making Japanese paper was about 68,500 in 1901, it has decreased to less than 400 in 2015 across the country.

With the tendency to use less paper and focus more on technology as a consequence of the 21th century, Kamitowa was established as a base to preserve and share the heritage of traditional Japanese paper making. We hope to share the culture, tradition and history of Japanese traditional paper making.

Japanese paper gets its own unique originality depending on the craftsmen.

The labour and craftsmanship of workers who plant the raw materials and make the paper express their originality during production. Japanese paper has retained ancient Japanese culture and tradition by using designs such as beautiful water, watermark technology, classic or kimono patterns.

Kamitowa plans and organizes a wide variety of Japanese papermaking workshops allowing you to touch and feel the different unique papers depending on production areas across Japan.

Spend an extraordinary and inspiring time experiencing Japanese culture in any of our unique workshops. 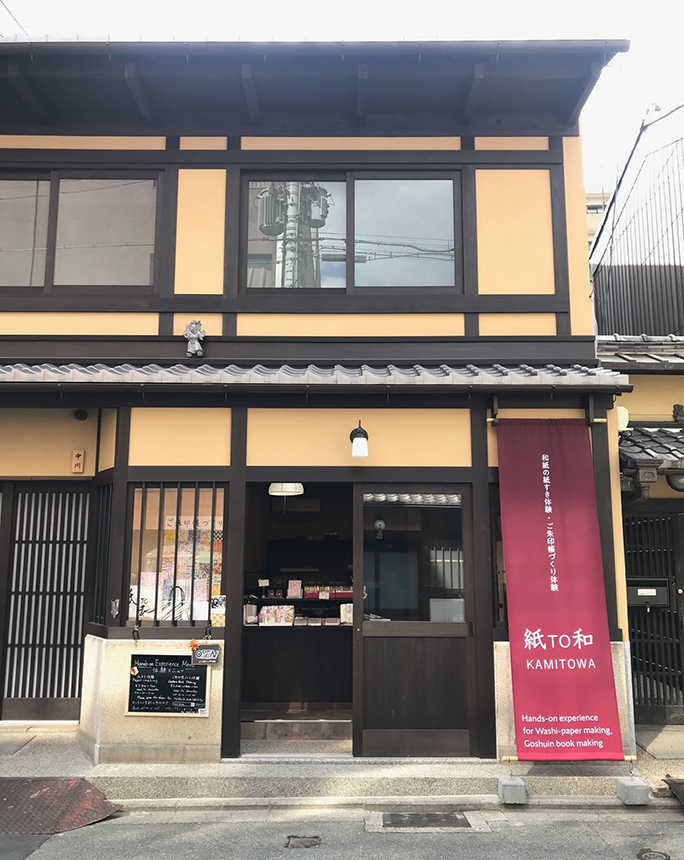